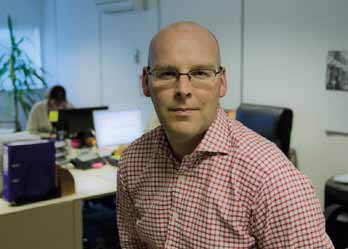 At last, in this era of information overload, a company whose name is as transparently descriptive as it is concise. Set up in 2002 when Managing Director Guy Thatcher's experience of trying to rent a digital SLR for a holiday met with frustration, HireaCamera has grown to become one of the UK's most popular camera and camcorder hire firms. With the ability to arrange rentals over the phone or via the Internet, Guy puts HireaCamera's success down to valuing customers and working hard to meet their needs. Even with 25,000 'hires' under his belt he still personally reads feedback forms. In aiming to offer the best options in terms of quality kit, Guy works closely with manufacturers to ensure that he has the latest gear at launch.

"We tend to get equipment before everybody else - we're very lucky in that way," says Guy. "Our loyalty towards the camera manufacturers is rewarded by them making sure we have new toys to play with. It's a full-time job. We'll even get prototypes to play with because we have to make a call on what we're going to order - and we always make sure we have them on launch." At the time of speaking HireaCamera already had seven or eight pre-bookings on the Nikon D4 before anyone had a firm date for it arriving.

Guy's customer base is split roughly 50:50 between amateur and pro. "We're finding that enthusiasts who have started out with an EOS 550D or Nikon D3100 are now hiring out a D300, D700, 5D or 7D for special events," he says. "Professionals like those in the SWPP are still a large part of our market on the stills side of things though, and it will always remain that way."

There are also a lot of hires to national corporations such as the BBC and ITV, while PR companies will rent kit for internal shoots.

"We've even hired out SLRs as props for films," Guy reveals. "The business is incredibly diverse so our motto is 'never say never'. We'll look at anything and try and help where we can."

Any business succeeds or fails based on its customer service and HireaCamera is no exception. Because Guy and his team are so hands on it can lead to them - quite literally - going that extra mile. "It's not been unusual for me to jump in a car at 3am on Saturday morning to go and help someone out who's got a wedding to shoot, because the couriers have mucked up the delivery," HireCamera's MD recalls. "Last year because of the snow I did nearly 7,000 miles in the Range Rover and we didn't let one person down. I'm very proud of that. We've got a very good group of staff. It's a hard slog sometimes, but we end up with very happy customers." 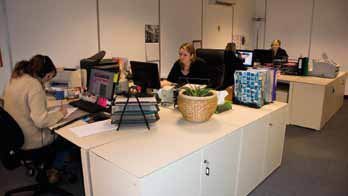 On that note, delivery is nationwide and normally the day before the hire, with collection the day after. And, in order to continue to supply this personal level of service, MD Guy says he has deliberately kept the company compact enough to fit into one building, although it's now on its fourth.

"We will never be a Calumet," he states proudly. "Firstly, if everything goes out of the one unit we can consolidate our costs and offer equipment at the best value we can for the service that we give. It also means there is no breakdown in communication. I've no wish to be enormous, rather to keep on doing what we're doing because we enjoy it."

As the company is based in East Sussex, just a few miles south of Tunbridge Wells, Guy notes that his team can have replacement kit with photographers in London who have suffered a last minute disaster within an hour and a half.

"Our local courier company does three shuttles in the morning. But having a nice office in a nice environment keeps our staff happy and the happier they are the happier our customers are. It's a family atmosphere and hopefully that comes across to the customers."

A large amount of happiness undoubtedly comes down to the fact that Guy and his team get to try the latest kit out before it goes out for hire - and can get enthused themselves. "Oh absolutely," agrees Guy, who was raving about Sony's NEX-7 when we spoke. "I am a complete and utter geek when it comes to the new toys. I still have a little production company on the side that I use for filming - last week they were actually using an NEX-7 as a back-up for the Sony FS100 - so we test out new camcorders that way. Plus we also have a couple of photographers we work closely with so I can get feedback. And the guys in the office take equipment home at weekends, so everybody here is a reasonably keen photographer or videographer. It means we can support the customer better when they ring us up."

At the moment there isn't the ability to buy equipment direct from HireaCamera - but there will be the new opportunity to purchase accessories such as media cards, white balance cards and reflectors. "Low cost items that customers ask us for as extras," adds Guy. "We do buy equipment directly from the manufacturers and there's no reason why we couldn't sell them on, but it's just that logistically we're very good at hiring and we're not a shop. We've tended to leave that to people that know it best."


There are 216 days to get ready for The Societies of Photographers Convention and Trade Show at The Novotel London West, Hammersmith ...
which starts on Wednesday 15th March 2023