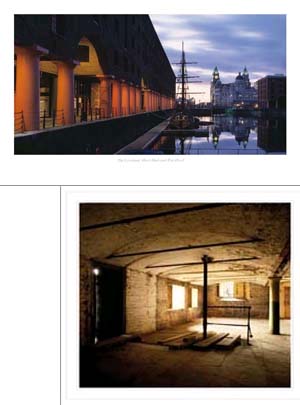 Get fresh with your camera! featuring Paul McMullin

By just 1860, trade was starting to decline at the dock, as it was designed primarily for sailing ships and the larger screw-propelled steam ships were too big to enter the inner dock. By 1920 there was almost no commercial traffic into the Albert Dock, although there was a brief reprise during WW2 when it served as a base for escort vessels in the Battle of the Atlantic. However, this was the last real use for the dock and, other than for smaller coastal vessels, it was barely used after this time. The dock was abandoned in 1972.

The Albert Dock has now been converted to luxury apartments, museums (Museum of Life and the Beatles Museum), art gallery (the Tate Liverpool), restaurants and shopping facilities. It is frequently pressed into service for period dramas and films, mainly because the sympathetic refurbishment has retained almost all the significant architectural featu 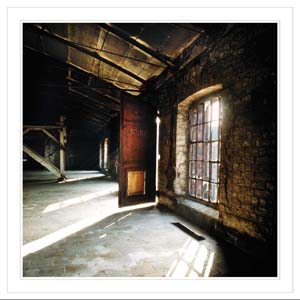 Almost all photographers come to the profession via a hobby interest in the subject from an earlier stage of their lives. The problem is that many people find once they have converted their hobby to their business, they have suddenly lost their hobby. After a year or two, when things have settled down and you have slowed from the frantic pace of building a business, you may find that the batteries are a little drained and you yearn for the days when making pictures was simply fun. The seed of an idea for this article came while watching Martin Grahame-Dunn during the recent SWPP/BPPA trip to Dubai. He was sitting, laptop on lap, enthusing over manipulating images with Nik filters (see Filter Factory this issue), patently having a great time simply making images just for the hell of it.

Personal work takes many forms but in essence it is that photography you do just because you like doing it or because you are driven by an inner desire to express an opinion photographically. It is usually done without regard to payment although it might build towards that direction eventually. It can range from an assistant photographer borrowing the 'bosses' gear' over the weekend to shoot his girlfriend and her mates, through to taking a day-a-month to go out with your mates and shoot for fun, at whichever destination you have selected - and probably a beer or two before you come home. For some, this is a necessity to retain their sanity, for others it is a means of keeping fresh - keeping an edge to your shooting. It is difficult to imagine that it would ever be detrimental to your business.


There are 237 days to get ready for The Societies of Photographers Convention and Trade Show at The Novotel London West, Hammersmith ...
which starts on Wednesday 20th January 2021